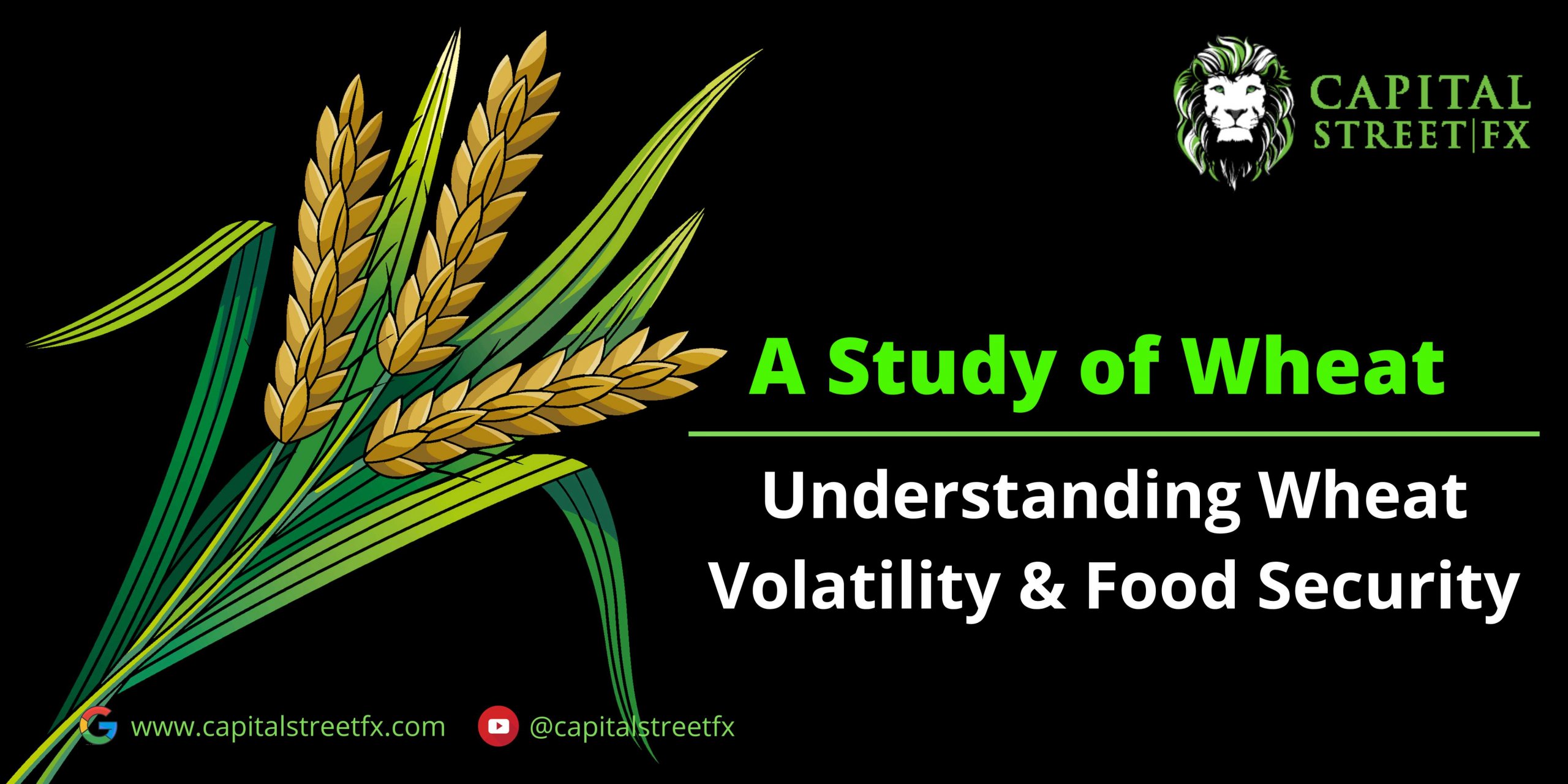 On 08th March 2022, Chicago wheat futures soared to a record high of $13.634 a bushel, surpassing the high formed during the 2008 food crisis. The price of wheat had risen around 65% since the invasion of Ukraine by Russia on intensifying concern of supply disruptions. It has since then dropped about 24% as other circumstances arose.

This fluctuation in wheat prices gives tremendous opportunities to traders and investors. Before making the most of this opportunity, we must first understand the basic but essential fundamental factors that influence wheat prices, enabling us to make informed trading and investing decisions.

For generations, wheat has been one of the most critical food crops cultivated worldwide. There is evidence of wheat production beginning around 10,000 BCE and the Egyptians producing and baking bread over 5,000 years ago.

Wheat today is the second most-consumed grain globally, trailing behind rice. In the farming community, wheat is very favored for its ability to grow in many different climates. Additionally, the crop stays fresh for a long time and has high nutritional value. These facts ensure that wheat will remain an important food staple and a valuable commodity in the foreseeable future.

What are the Major Wheat Varieties?

Wheat has several varieties, with climate and soil conditions determining the types grown in specific locations. The wheat industry classifies the thousands of varieties available today into six main classes:

Typically, the hard wheat classes (spring and winter) have higher proteins needed to produce the various bread products. Soft wheat, however, contains lower quantities of protein than hard wheat, and it is conducive to producing tender products. The white wheat classes are very desired as they lack a particular red gene in the bran that imparts a darker color and a slightly bitter flavor to the whole grain.

Wheat grows all over the globe on every continent except Antarctica. The table below represents the top wheat-producing countries:

Energy makes up a huge chunk of operating costs for most crops. Higher energy cost implies a higher cost of production and higher transportation costs, which contributes significantly to the input costs, resulting in the higher price of wheat. The significant impact of energy costs on wheat prices is especially true considering the indirect energy expenditure on fertilizer, an energy-intensive industry.

The weather has a consequential impact on crop yield and, thus, overall production. Wrong weather conditions at the wrong time can significantly impact wheat production, even if not prolonged or extreme. On the other hand, ideal weather could boost crop outputs and lessen wheat prices.

However, the supply of wheat in favorable conditions of the world often nullifies supplies shortage faced due to poor growing conditions in any part of the world.

The global demographic patterns are shifting. While population growth in the developed world is stagnant or declining, Africa, South East Asia, and the Middle East are encountering a population boom. As the population grows, demand for food will also grow. This high population growth may increase global wheat prices if supply does not meet demand.

The US currency is the global reserve currency. As a result, wheat-like other commodities get quoted in US dollars. Wheat sellers receive fewer dollars for their products when the US currency is strong and more dollars when it is weak. Therefore, a strong US dollar depresses wheat prices while a weak US dollar lifts them.

Prices of wheat have a relatively high inverse correlation against the US dollar of around -0.55

Wheat and other grains are close substitutes. For example, an increase in the price of corn could lead to a corresponding rise in the price of wheat. If corn prices rise too far, farmers switch from wheat to corn, reducing wheat supply.

Governments often take actions that disturb the supply and demand balance. For example, India has enacted import duties to protect its domestic production in recent years. These taxes could lead to depressed demand for exports and lower global prices.

High costs, unreliable transport, or poor logistics can affect the supply of wheat, even if the harvest has been good. As wheat is exported and imported among varying nations of the world, delays in getting wheat or poor handling could result in crop spoilage, reducing the potential crop that can reach the market.

The conflict in eastern Ukraine is making wheat prices spiral as fear of supply chain disruption emerges. Both Ukraine and Russia are significant wheat producers. Russia is the world’s largest exporter of wheat, accounting for more than 18% of the world’s wheat supply, while Ukraine ranked fifth in the world’s top exporter of wheat list, accounting for around 7% of the global supply in 2019. These nations, combined, account for approximately 30% of the global wheat supply.

The Russian invasion has brought the Ukrainian agricultural sector to a halt from fields to the processing plants. This sector is so elemental to the Ukrainian identity that its flag depicts blue skies enveloping yellow farm fields. Additionally, the Ukrainian wheat supply is not expected to resume anytime soon as many Ukrainian farmers are finding fieldwork hard or have joined the military just weeks before the spring planting begins, which is due to start in April.

Additionally, grain exports from Ukraine have been halted by a lack of transportation because of port closures, while purchasing from Russia has become more complicated due to the sanctions imposed by the west. Trade with Russia has also been hampered by the complexity of navigating sanctions coupled with soaring insurance and freight costs.

All the factors mentioned above are critical ingredients in the soaring prices of wheat.

Why did Wheat Prices Fall After Achieving Record High?

Headlines of a possible ceasefire agreement between Ukraine and Russia gave hopes for resumption in wheat supplies from the Black Sea region, thus leading to falling wheat prices.

According to the International Grains Council (IGC) data, supplies in the European Union, Russia, the United States, Canada, Ukraine, Argentina, Australia, and Kazakhstan, all major exporters, are set to fall to a nine-year low of 57 million tonnes by the end of the 2021-22 season. This handicap in wheat supply is not expected to ease up in the short term as the conflict in Ukraine intensifies. This lack of supply is expected to erode food security globally, primarily in the Middle East and North Africa, which relies heavily on wheat imports from both these nations.

According to the IMF, the crisis has spurred rises in an already elevated price of energy and food that the poor households worldwide will particularly feel. This rising inflation will further increase food insecurity in poorer nations, many of which are already suffering from high hunger levels since the coronavirus pandemic. Food inflation globally is expected to rise. In January, average food inflation worldwide hit 7.8%, the highest level in 7 years.

This swelling inflation is further expected to hit the economic growth of nations and influence central banks’ monetary policy.

In anticipation of the worsening supply situation, many countries from Asia to Europe have taken up protectionism policy. Hungary, Serbia, and Moldova have banned grain exports, and Indonesia is tightening controls over its edible oil supply. Ukraine itself is also prohibiting some exports for ensuring its food security.

What to Expect in the Near Future?

The decline in Russian and Ukrainian wheat export is expected to be offset by bigger shipments from India and Australia, witnessing a record wheat harvest. Further easing of supply crunch depends upon supply coming in from North America and Western Europe depending upon their seasonal conditions. However, the increased volatility of the world’s weather makes bumper crops in these regions far from certain.

Adversely, farmers worldwide are likely to feel the impact of rising input costs as Russia and Belarus are the major exporters of fertilizers. The Russian state has ordered halting the export of fertilizers to respond to the western sanctions. Accordingly, the price of potash and phosphate are expected to test their record prices of 2008 over the coming weeks.

The conflict in Ukraine will also play a significant role in the future of wheat prices. If the situation eases, the wheat prices will fall in the hope of supply resumption, and if the situation deteriorates further, prices can be expected to rise further.

How Can I Trade Wheat – Commodity?

After understanding the abovementioned points, a trader or investor can efficiently and accurately anticipate wheat prices and trade them by making sense of the various fundamental factors that influence wheat prices.

Numerous online brokers and exchanges offer several financial instruments that allow traders to speculate on the price of wheat:

Contract for Difference (CFDs) is a contract between a trader and a broker to exchange the difference in price between the enter and exit price. Leverages can be fixed or variable based on the broker’s margin requirement.

To trade wheat CFDs, head over to Capital Street FX. It provides leverage up to 1:1000, meaning for every dollar in your trading account, you can take positions of $1000 to amplify returns with trade execution in less than 0.5 seconds. 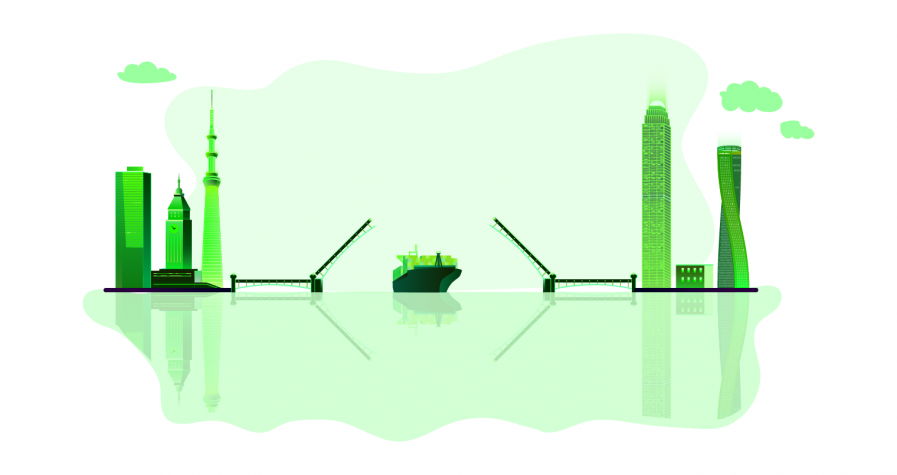 What Should We Learn From The Suez Canal Blockage? 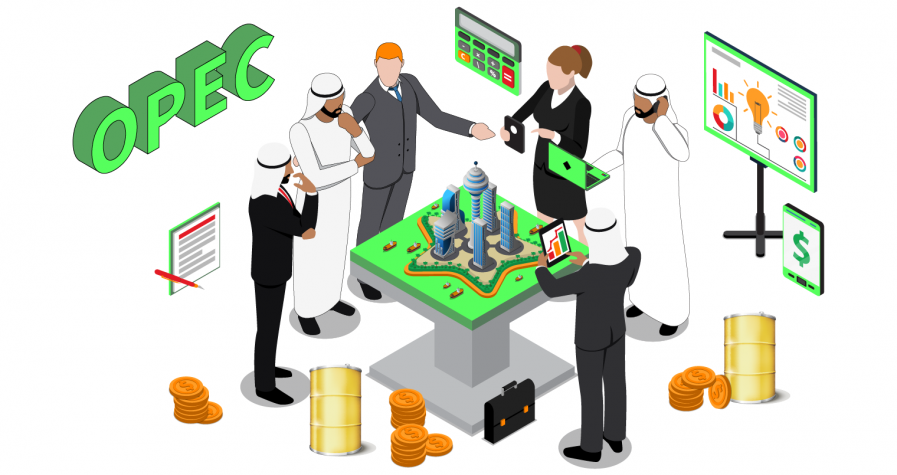